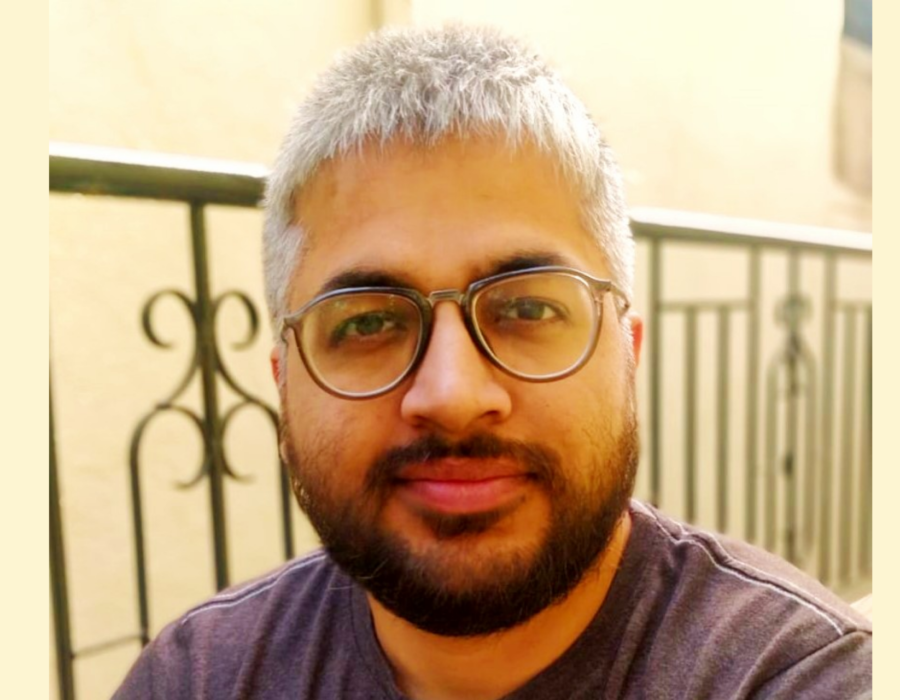 • Can you tell us something about yourself?

My name is Arpit Bharat. Though it’s a pen name, I like to be called by it. I am a Mechanical Engineer, with interests in Design, manufacturing, casting. I have a multi-faceted personality, with elements often seemingly quite tricky to be kept together, and this is where the elements like writing, counseling, and oration, come into the picture. I have deep interests in history, archeology, anthropology, spirituality, culture, Psychology, and the politics of our times, and I have studied many of these heads intensively. All these things are connected and they do not act independently. They act together, to form the reality that exists around us. The perception of this reality is however influenced by human conditioning. Each one of us has our own glasses to see, pick, and choose our own dramas. I believe, that as writers, it is our solemn duty to bridge that gap between reality and perception, and help reveal the underlying themes of human truth in front of our readers. And in doing so, perhaps we can help the reader rediscover his own self, and thus effect a benevolent release. But to do that, one must be brutally honest to oneself in one’s own life, as it’s essentially the writer’s own clarity that can conjure useful magic on the paper, and not the sentences or plot, really! That’s the most tricky part, about being an author, I guess, and most Authors tend to miss it.

• How is your book different than others?

JAMBUDVIPA (The drift of Bodhidharma) is my debut novel, and it’s unique in many ways. First of all, it’s perhaps one of the very few amongst the historical fiction genre, that is not just into political history, but also cultural and spiritual aspects of those times. It’s not essentially a court intrigue or a romance, but a very fresh theme, which would give an exotic, yet entertaining feel to the reader. The book is also laced with beautiful poetic elements that grow naturally in the plot. The rich cultural elements are ethereal and yet organic to the story. Though it’s for the readers to judge, the literary meter of the book is also beautiful, the language seems almost spontaneously poetic. The plot is very wide, and yet the knitted meticulously. The characters are well-chiseled, while the historical and spiritual context in which the story runs, is very well researched! The book being based in 6th century India was an amusing challenge for me as an author, as historically speaking, the information of those times is extremely patchy. It thus gave me wider creative freedom to experiment, that I enjoyed! The most significant aspect, in my view, however, is that book is not merely for entertainment, rather, for self-transformation itself. Thus, you will find very subtle elements in the book that will act to fan the spiritual flames, within the readers themselves!

• Where do you get your information or ideas for your book?

I always wanted to write about the land of ancient India! Both its greatness and its follies, about those dimensions where it attained great peaks, and its downfalls, and to discover the reasons for all that! What better way to share all that with the masses, other than through a beautiful story? So the ideas came after a lot of subconscious and conscious contemplation! And, of course, research does help! We as Indians often howl about the 5000-year-old civilization that we have inherited, but we rarely venture into the depths of it. And there is some depth there! This puts our present and future on a shaky footing. This was also an inspiration to write this book: to touch the very basic fiber of as many people as possible, especially the young generation, and give them the taste of their own heritage! This book is, therefore, a combination of mysticism, literary-highness, entertainment, and thus prods for self-contemplation. There were a lot of boxes to tick there, and I tried as best as I could! While doing all that, I tried to make sure that the book remains a delicious page-turner, and end up persuading the reader to be a cheerleader for the story, so that in long run, I can reach as many people as possible through my writing.

• What was one of the most surprising things you learned in creating your book?

That writing a truly good book is hard, editing it is harder, and getting it published is the hardest! And that, it should not be so! All that, in a society that claims to get better with time!

• What is your work schedule like when you are writing?

I am one of those who are not very good at doing multiple tasks at the same time! I would rather be completely consumed by one work than getting partially sucked into four! So when I write, I am completely swept away in that one thing. I have no specific schedule for writing because I write near constantly. I only stop, if I am not satisfied with the feel of what I am writing, or I am practically stuck somewhere, in which case, I mostly go for more research, which helps in breaking the deadlock. Sometimes, I let the ideas swirl in my head, till time they are mature, and only when I am satisfied with my exploration, I resume writing. So I tend to write pretty fast. Some might get surprised if I tell them, that I had completed the first draft of the first two parts of JAMBUDVIPA (the second part is already in the pipeline, called ‘The Birth of Skanda’), which were about 200,000 words, in a short period of 4.5 months.

• What do you think makes a good story?

There are multiple things. The way you tell it, the uniqueness and freshness of perspective, the feel, and authenticity of the writing, the relevance of the story, the beauty of language, and of course, the plot and characters. A good story is essentially the representation of a comprehensively lived life, on part of the author! So whatever form it may take, it’s the author that is represented in the story, more than anything else.

My writing process is overwhelmingly spontaneous and flowing! But I do like some structure that would prevent the story from drifting too much. I believe both in the beauty of language, as that appeals to the heart, and the power of the plot, which appeals to the intellect. Both are needed and make a great combination. Though, its steep labor to achieve both in a work simultaneously, I am not satisfied till both are achieved up to my feelings.

• What advice do you have for writers?

One piece of advice, writing is not just a process of putting words on paper, poetic or not. Rather, it’s the pouring of the writer itself, on the paper. So don’t be in a hurry to be a writer! Wait and explore life, as much as possible, and once your life starts overflowing, and you cannot contain it, then write! For me, writing is a deeply authentic process, and cannot be merely a career, a means of making money or fame! And of course, read and contemplate extensively across the spectrum, without any bias.

• How did this story occur to you?

The basic idea was there for years, but the finer modalities of the story descended, while I was on a railway journey to Tiruvannamalai, a religious town in south India, where I used to visit every new year, for my spiritual ascension. Then I went on composing the finer details of the book for the next 20 days. Soon, I began writing.

• What is the book all about?

The book is a spiritual or mystical fiction set in 6th century India when actually India faced the devastating Huna invasions. These were perhaps the most destructive invasions that India faced in 1000 years. It’s a story about how India, known by the name JAMBUDVIPA in those times, faced those invasions, and how a young prince, Yashodhamman’s own life and fate was bound with these events. Under the umbrella of Master Bodhidharma, who was himself working under the aegis of the deeper and powerful mystical forces, he embarks upon a mysterious journey across the vast distances of JAMBUDVIPA, with a purpose to stop Huna advance, and discovers mystical secrets, including around his own life. The first part is the beginning and maturing of that journey, while the second part, which is yet to come out, shall entail the culmination of this journey.