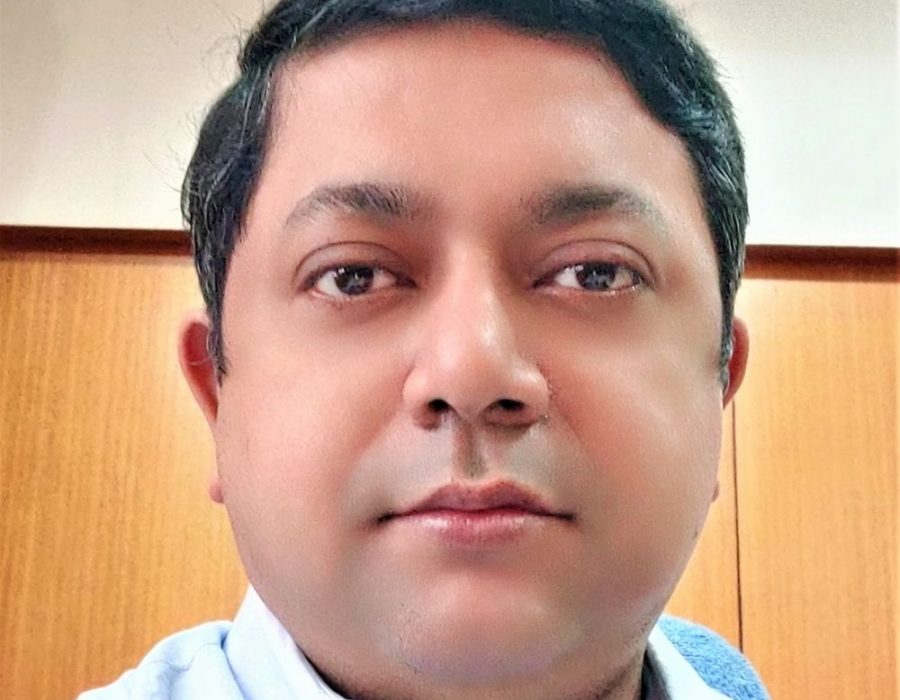 Can you tell something about yourself?

Well, it’s fascinating how the response to this question varies over time. At this juncture, I can say that I have lived a life full of exciting events thanks to my central banking career and that both the roles of being an author and a RBI official have complemented each other well for me.

How is your book different than the others?

It is so different that I need to think hard to put it under any one genre. Usually with con stories, it is the tricks played by an adult protagonist that hog the limelight. However, the first 1/10th of ‘A Language of Lies’ focuses on the early life of the con artist bringing out the early warning signals that one should have looked for in his behavior but went unnoticed. Later, while narrating the different cons that he pulled off as an adult, I have shown how an accomplished con artist can identify the vulnerabilities of each of his victims and accordingly change his strategy to exploit them. While he does all that, I have, I think been able to underline the fact that at the end of the day, a confidence artist is a loner. ‘A Language of Lies’ is thus not a glamourized version of crime and detection that one usually finds in suspense thrillers. In a way, it is a self-help book for all categories of people who falls prey to such crimes- a wake-up call for all of them to be alert on all fronts. And yes, I have brought back the tradition of naming individual chapters of the book.

Where do you get your information or ideas for your books?

The fundamental ideas come from life’s experiences. When my first book of short stories ‘They Go to Sleep’ was published in 2019, I had also penned down the incidences, either a direct experience for me or as reported in the media that had inspired each of the twelve short stories in the compilation. Those narratives were published as ‘The Insider Account: Life in and beyond RBI’ months later. Again for ‘Teen Patti’ (2020), I found my inspiration in two real life accounts and one blog by a self-proclaimed ghostbuster. That way also, ‘A Language of Lies’ is different as here I have not used my imagination to build up twists in the tale but have depended on research of over one and a half years. This book was essential for me as I have seen the way people have lost every bit of their savings to the convoluted schemes of the fraudsters. As I am bound by my service conditions not to divulge the details of such crimes and the investigation thereof that I have experienced in my professional capacity, I chose a man playing the confidence game in a different part of the world. Due to the change of geography and an extended timeline between 1979 and 2018 for the story, I had to study the popular culture, fashion trends, car models, and so on that were in vogue at those places over those years. Newspaper reports from Miami Herald, Toledo Blade, LA Times and NYT right from the 80s had helped me a great deal, but then there were the missing links that I had to search for in video interviews of the different characters in the story and in court records for four different cases involving the protagonist. While the research yielded 600-odd pages of documentation, the book is only 160 pages long.

What was one of the most surprising things you learned in creating your book?

I won’t say it was a surprise because I had been told so by a criminologist, but my learning was reinforced when I found that the people who fell prey to cons most easily are usually the smartest of the lot. They are so confident about their own intellect, that they believe they cannot be cheated.

What is your work schedule like when you’re writing?

I write between 11 PM and 1 AM. However, as I have already told, the research takes almost 80% of the total time to complete writing a book, it is not that I write for two straight hours every day. But I do try to write for at least half an hour. My office keeps me busy between 8 AM and 7 PM and thereafter, it’s time for the family. On weekends, I try and write whenever I find some time.

What do you think makes a good story?

Depends on what I am writing. Humour comes to me spontaneously as I guess it should be. Since I must get the facts right while writing crime stories, and at the same time avoid being preachy, the writing is more conscious, precise and does not comprise of whatever comes first in my mind.

What advice do you have writers?

Whichever genre you are writing, it is your individual style of narration that is most important. If you are not naturally gifted, you need to read a lot and read everything with close attention to the style. You will learn that eminent writers sometimes make their own rules of grammar. And you need to write regularly. Not that everything you write will go into a book. In fact, as my Gurus tell, only ten per cent of what we write is good enough to be published. So, make writing a daily habit and be patient. Don’t make the mistake of hurrying into get your works published.

How did this story occur to you?

I intended to write about financial frauds impacting individuals from all walks of life and especially the more vulnerable sections of pensioners, middle-aged single women, and students through a real-life example. Though there has been one such scam in recent times in India that had a Ponzi scheme at the heart of it, the matter is still sub judice and thus I could not take the creative liberty of criminalizing someone before the Law did so. Then a Vanity Fair story about a fake Saudi prince caught my attention. By that time, the perpetrator had already been sentenced. I knew I had my protagonist.

What is the book all about?

It is an account of a confidence artist, Sean Brignac (name changed), right from his early childhood spent in Bogota, Columbia, his birth place till his last imprisonment in the US in 2019. Over these four decades, Sean had created an intricate web of lies, initially on his own and then with the assistance of his victims, who also knowingly or unknowingly had become accomplices in his crimes. ‘A Language of Lies’ goes deeper into the motivations beyond the criminal acts and into each of these relationships where the line between an aide and an adversary got blurred.